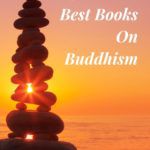 So let me preface this list of the best books on Buddhism for beginners with the fact that I am not a Buddhist. I’m a biocultural anthropologist, and my experience with Buddhism is all academic-based. The closest I’ve come to practicing is the little mantras they pepper in the few yoga classes I go to. Which is to say I haven’t practiced it at all. And, you know, I could sit here and write out a full dissertation on Buddhism, its history, the differences between Theraveda, Mahayana, Esoteric, Zen, etc.

But I don’t really think we need another white anthropologist educating about a non-white religion. That doesn’t mean that you can’t look into it yourself and find value in it. Buddhist philosophies may be a tool that will help you find peace, which is why I made this list. Here I’ve collected 25 books that represent both an introduction to Buddhism and a selection of the core texts that have shaped Buddhist thought and practice along with a few titles on poetry & memoirs from practitioners. May you find joy on this journey for knowledge.

Sign up for our Book Deals newsletter and get up to 80% off books you actually want to read.

Thank you for signing up! Keep an eye on your inbox.

By signing up you agree to our terms of use

Just a disclaimer: a lot of the authors here are going to be male. A lot of these books are historical in basis, and Buddhist women didn’t always have the same opportunities. Most bhikkhunī (Buddhist nuns) are ordained in the Mayahana branch, and are more common in East Asia. The first bhikkhunī was actually the Buddha’s foster mother Mahapajapati Gotami, but still most conservative Buddhists don’t view the ordination of women as valid, and either way bhikkhunī are still subordinate to bhikkhu (Buddhist monks). This is by no means an indictment against Buddhism, as a lot of western religions have similar issues. But it does mean when it comes to foundational and historical Buddhist texts, well, they can be a little male heavy. 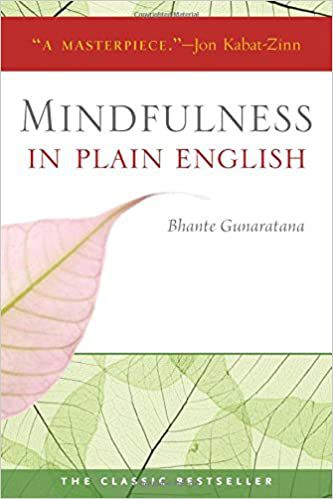 Mindfulness as a practice has gained popularity lately as a stress/self-management technique, totally aside from its connections to Buddhism. Gunaratana’s approach is a comfortable start for beginners or non-religious interest, but still focused & precise enough to be of value to experienced practitioners. The book offers a solid & convincing clarity of the purpose & rationale for building a mindfulness practice. It’s a title you’ll want to keep on your shelf for revisiting and refreshing your practice as it develops. 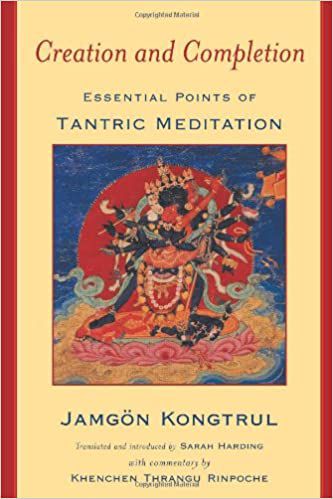 This book collects the teachings of Jamgön Kongtrul, a Buddhist polymath who lived during the 17th century. Short but clear and informative, it walks you through the tantras and key Tibetan fundamentals. If Buddhism is a religion you’re interested in following, this is absolutely a book you need to have on your shelf to help you with your practice. 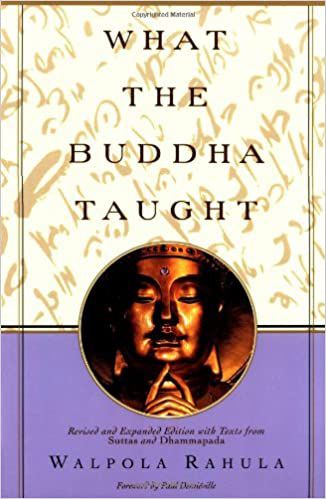 What the Buddha Taught by Wapola Rahula

Wapola Rahula, a Buddhist monk and scholar, takes multiple sections from key scriptures in the practice and break them down in a straightforward manner. These are some of the essential parts of the Buddhist school of thought. Knowing them will make it easier to understand others. 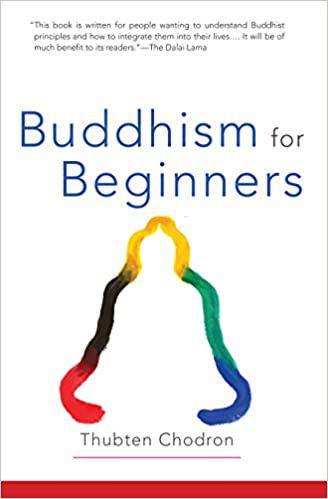 Buddhism for Beginners by Thubten Chodron

This title is a beginner’s book in the best sense—it provides a thorough tour of the essentials of Buddhism, remaining clear and accessible without veering into oversimplification. Along with presenting the basics of Buddhist principles and practice, the book also takes a look at how Buddhism relates to the modern perspective on issues such as abortion, euthanasia, and environmental concerns. 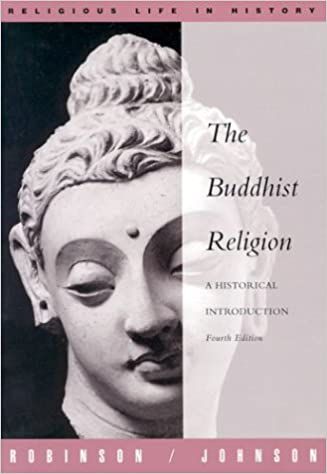 The Buddhist Religion: A Historical Introduction by Richard H. Robinson

This is essentially a textbook which provides a survey of Buddhism from a historical perspective. This isn’t necessarily a negative, as the author provides solid and engaging coverage of basic concepts, vocabulary, and practices within the context of Buddhism’s development and expansion through history. A good basic introduction, but not the spiritual exploration that some may be seeking. 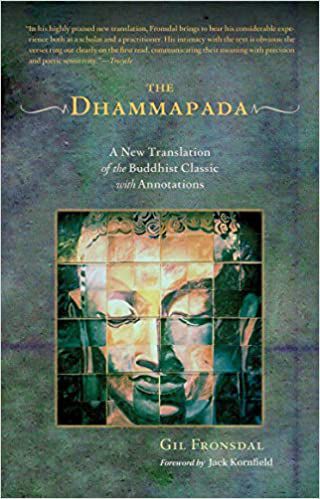 The Dhammapada Translated by Gil Fronsdal

One of the earliest and most widely read Buddhist scriptures, The Dhammapada presents the philosophical and practical foundations of Buddhism by way of teaching verses. These verses examine key themes in contrasting pairs, such as grief and joy, as a means of discovering how choices lead to the desired outcome—or not. The translator is practicing Buddhist who makes an effort to balance accurate translation of the text’s intent as well as its vocabulary, and includes annotations to broaden context for the modern reader. 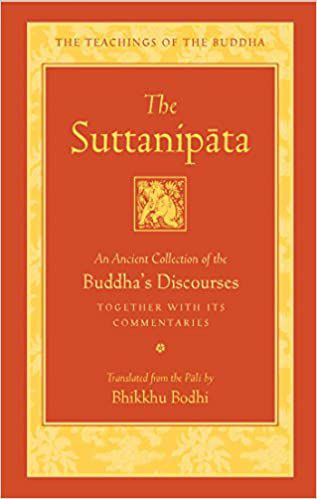 The Suttanipãta by Bhikkhu Bodhi

This is another core classic of Buddhism, a collection of suttas (teachings by the Buddha) which includes some of the earliest recorded Buddhist texts. Also included is a translation of the traditional commentary on the texts. Stories are provided for each sutta to provide context, along with definitions of terms and doctrines. The translator has provided additional notes to help bridge any gaps between original concepts and the modern reader. 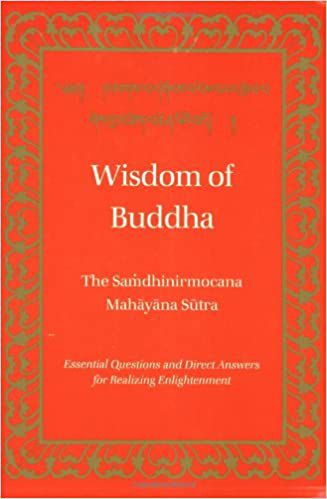 Wisdom of Buddha: The Samdhinirmocana Sutra by John Power

A translation of the text which was a primary influence in the development of the Mahayana schools of Buddhism. An important text to practicing Buddhists, as well as students of philosophy and religion, but one which is best approached with some familiarity with Buddhist thought and history. 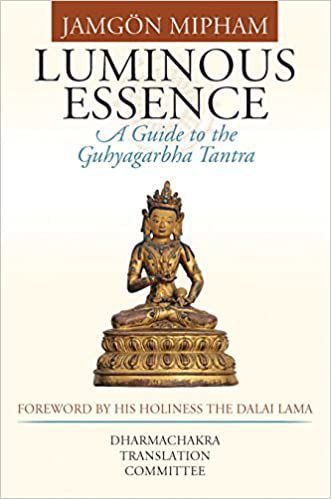 Luminous Essence: A Guide to the Guhyagarbha Tantra by Jamgön Mipham

A translation of Luminous Essence, the highly regarded and authoritative commentary on the Guhyagarbha Tantra (Tantra of the Secret Essence), which in turn is a central scripture to tantric practice and Tibetan Buddhism. Jamgön Mipham was a highly respected Tibetan master who wrote Luminous Essence as a guide for deeper understanding by those already instructed and engaged in tantric practice. 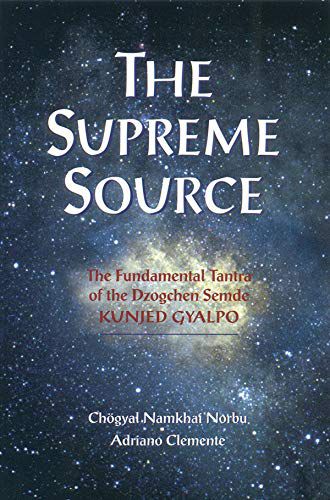 If you are already a practitioner this is a good book for you. It aims to heighten your practice and help you towards self-liberation through the tantra Kunjed Gyalpo. If you are a follower of the Dgozchen path and know what you’re doing, this is a good book to pick up to better understand this fundamental tantra. 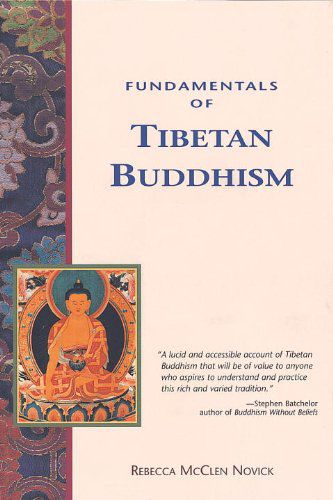 A basic but thorough introduction to the concepts, teachings, and practices of Tibetan Buddhism. The author covers the essentials while also providing plentiful information on context and history for the uninitiated. 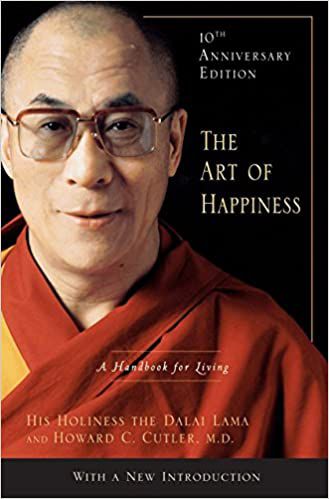 The Art of Happiness by the Dalai Lama

Written with the current leader of Tibetan Buddhism, you might expect this book to be religiously dense and academically highbrow. This is emphatically NOT the case. The Art of Happiness is a very readable collection of interviews, stories, and meditations which present Buddhist philosophy with a twist of modern psychology. The result is what often feels like common sense guidance to the Dalai Lama’s assertion that that happiness is the purpose of life, and is indeed a state of mind. 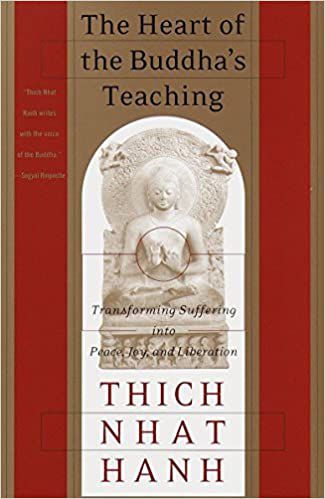 The Heart of the Buddha’s Teaching by Thich Nhat Hanh

This book examines a number of core concepts which are common to most variants of Buddhism. Each one is presented with a level of thought and detail that makes the book much more than just an overview, and the author makes an effort to connect these concepts to our day-to-day life and routines. 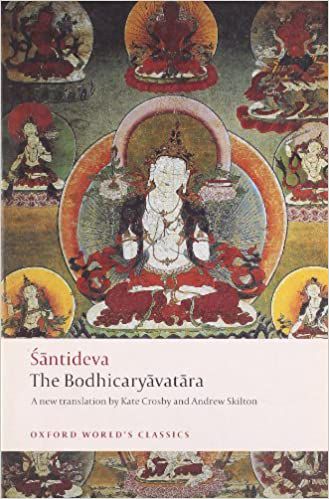 This is one that is best read when you already have some base knowledge of Buddhism to begin with. With the Bodhicaryavatara, you are taken on the spiritual journey of becoming a Bodhisattva along the Mahayana path and is a book that is continually used by teachers today. This translation also includes detailed annotations about different references and allusions within the text. 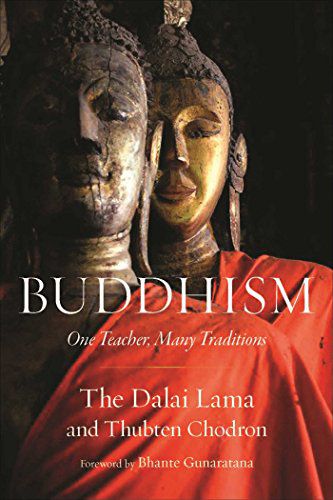 Buddhism: One Teacher, Many Traditions by the Dalai Lama and Thubten Chodron

Written by some of the most well-respected authors in Buddhism, this book covers the differences between the two main paths, the Sanskrit traditions from Tibet and East Asia and the Pali traditions from Sri Lanka and South East Asia. It also looks heavily into the foundational Indian tradition and the tenets stemming from there. 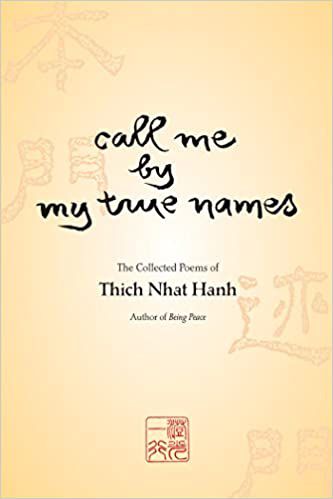 Call Me By My True Names by Thich Nhat Hanh

This book collects several poems by noted Buddhist poet Thich Nhat Hanh. These poetic works show’s Hanh’s mastery as a Zen mystic and these are the perfect pieces to use while meditating and guiding your way through to your inner self.

The Complete Cold Mountain: Poems by the Legendary Hermit Hanshan by Kazuaki Tanahashi and Peter Levitt

This book collects poems of poets who lived on Hanshan, also known as Cold Mountain. These poems are some of the most inspiring from the Chinese tradition of Buddhism and contain the humor, love of solitude in nature, and warmth that these poets are known for. This translation also includes some historical context and other supplements to the poems. 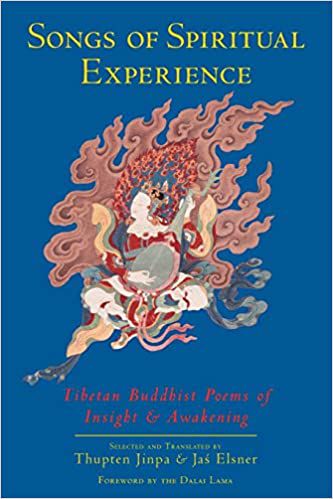 This book collects 52 poems from Tibetan Buddhists from the 11th and 12th century. You’ll find spiritual insight here that’s filled with grace and precision, addressing the themes of impermanence, solitude, guru devotion, emptiness, mystic consciousness, and the path of awakening. 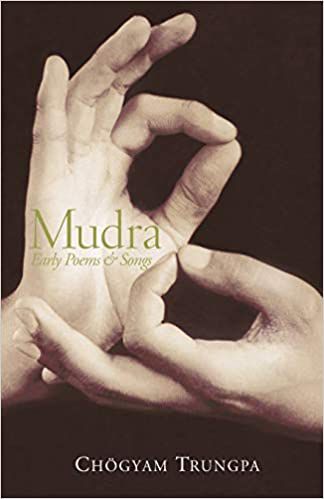 Mudra collects Trungpa’s written work from 1959–1971. If you were unaware, mudra are symbolic gestures or actions that give physical expression to one’s inner state, and that’s exactly what these poems are. They are pieces of devotion based in the Tibetan practice. This collection also contains the ten traditional Zen oxherding pictures accompanied with commentary. 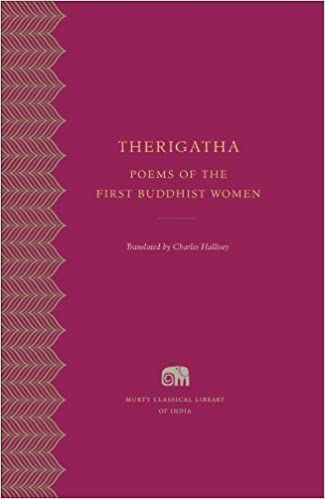 These poems are from over two millennia ago, originally written in Pali by and about the first Buddhist women. These women were highly respected and had high religious achievements during their lifetimes. These poems may in fact be some of the most ancient examples of women’s writing. 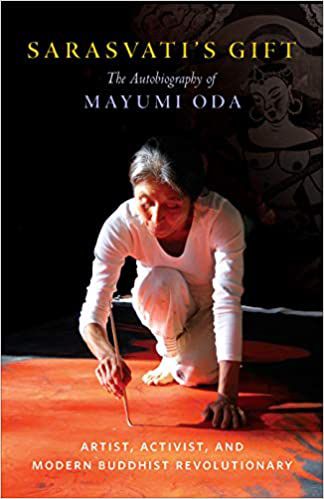 Mayumi Oda was an artist, activist, and revolutionary from Japan who received a message from Sarasvati one day that sent her on a path one day of achieving justice and peace. Here, she tells her story of her marriage, her immigration, and her commitment to her religion and her world, looking to bring peace and have her message known. 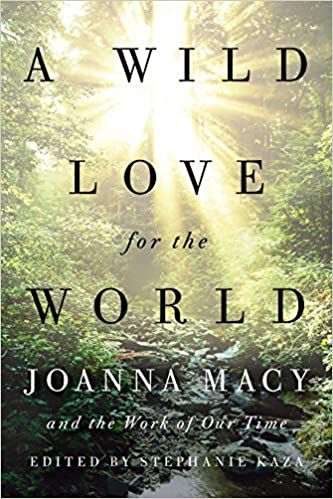 A Wild Love for the World by Joanna Macy

Joanna Macy is a Buddhist scholar and ecologist who has been writing for decades as part of her activism. This book collects several of her essays about her life and her work, as well as essays written by others about her life’s work. 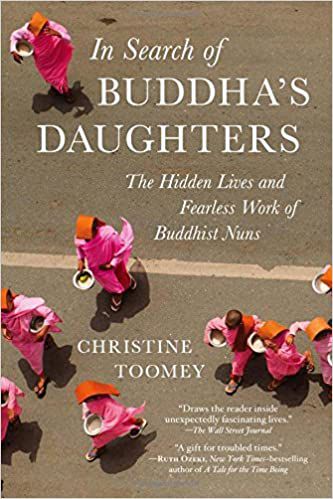 In Search of Buddha’s Daughters: The Hidden Lives and Fearless Work of Buddhist Nuns by Christine Toomey

Journalist Christine Toomey covers the lives of Buddhists nuns from all over, ranging from Nepal all the way to California. She discusses who these women are, what drew them to Buddhism in the first place, and the struggles they face within the religion as they are often denied the same status Buddhist monks receive. 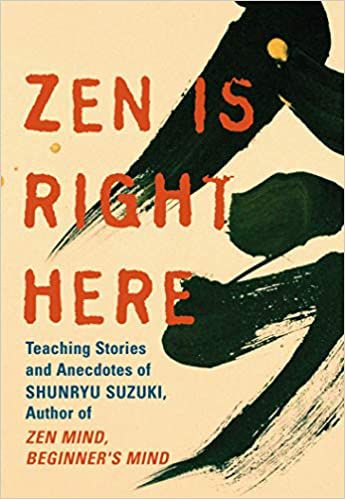 Shunryu Suzuki was a Zen teacher best known for Zen Mind, Beginner’s Mind. Here, stories about his life and his teachings are told by his students, which perfectly illuminate his grasp on the essentials of Buddhism and as while learning about his life, you will also learn how to achieve enlightenment during this lifetime. 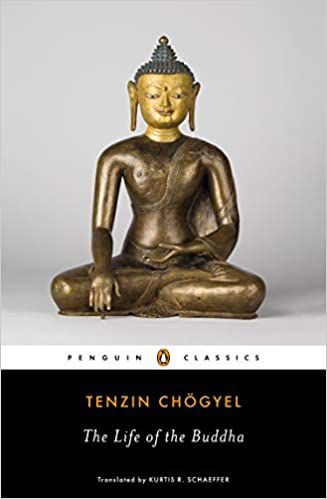 The Life of the Buddha by Tenzin Chogyel

There’s so many more Buddhism books beyond just these, especially if you’re looking to go further towards self-actualization. If this has piqued your interest, you can pick up a few more books about Buddhism here or check out some more Buddhist poetry here.